How technology has transformed the Marbella home 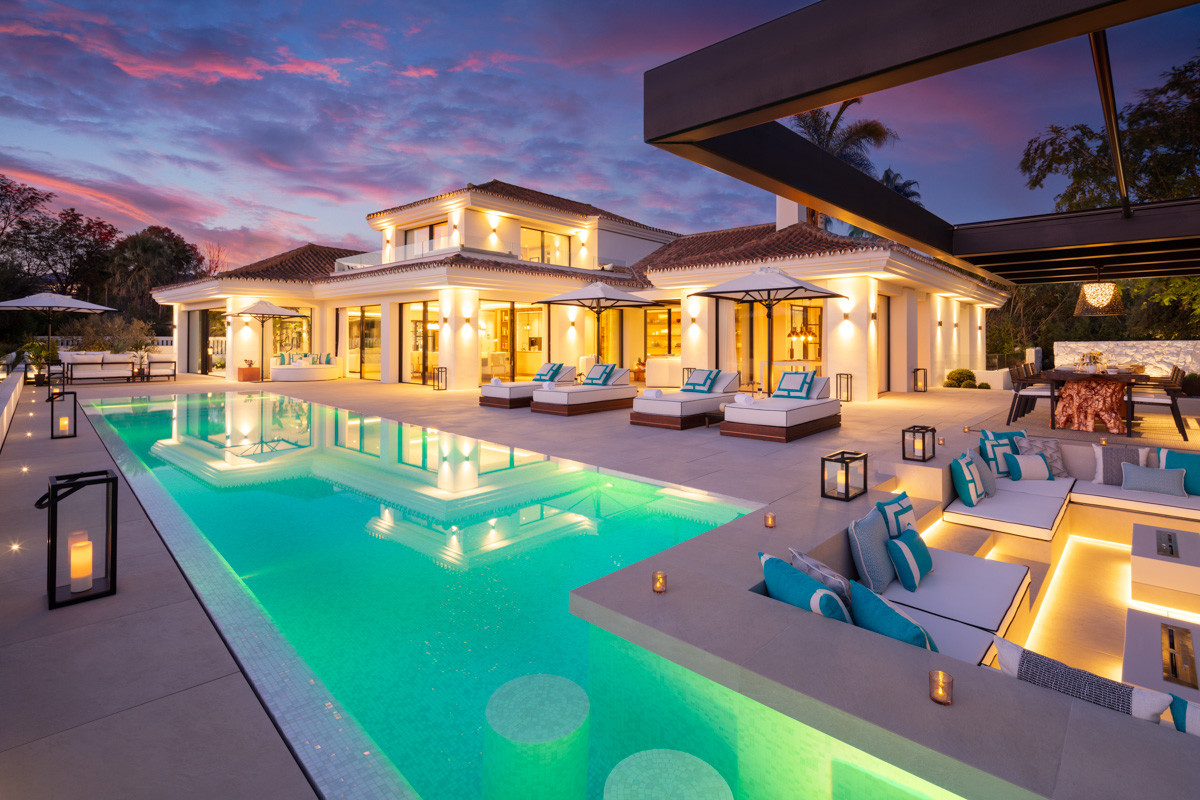 When we think of technology we look at the smart phone in our hands, and how it has beaten a path from the earliest mainframes and PCs to laptops and tablets in changing the way we work, communicate, access information and even entertain ourselves. This kind of hardware, along with the internet and other forms of software behind it, have transformed the world we know and given shape to the 21st century. Indeed, we live in a technological era in which scientific and electronic evolution are speeding up exponentially, and literally invading the home.

Luxury as it was
Until just a few years ago, a luxury house in Marbella was typically large, set in spacious well-manicured gardens with a panoramic terrace overlooking an impressive swimming pool. The classic luxury home could also feature a long driveway and a forecourt flanked by garages and an imposing entrance to the home. Here you entered into a grand entrance hall, often with direct views through the spacious salon past the pool to the sea shimmering on the horizon – if it was a Marbella home, that is – and this initial impression was followed by a tour of a large lounge, an informal family room, a formal dining room and a stylish country kitchen.

Fireplaces abounded as you made your way to a series of bedroom suites with built-in wardrobes and marble bathrooms, some with their own dressing rooms, while entertainment was provided by games rooms with ping pong, table football and billiards. Heated indoor swimming pools existed, but private spas were rare, and home cinemas were in their infancy while a wine cellar was still a stone cave where you kept your wine collection. Altogether, the classic luxury home hadn’t changed all that much over the previous century or so, but as the new millennium began, we were in for some surprises.

What luxury means today
The advancement of technology has changed our concept of luxury, first by importing electronics into the home and gradually by converting its entire fabric into a smart entity. This process, the creation of the smart home, is still underway, but today we are pretty well advanced, already. The modern Marbella home is typically a little more compact but crammed with voice or smart gadget controlled home automation systems that enable us to open shutters, turn on heating or cooling, manage our home entertainment and security systems as well as controlling lighting and garden irrigation.

Before long, the home will begin to run these tasks autonomously, feeding on the information its sensors provide about motion, temperatures, humidity and time. The house will be self-analysing its state of health, so to report any problems early on and avoid costly reparations. Sprinklers will respond to the seasons and rainfall, smart fridges will be sending shopping lists to your smart phone and the villa or apartment will be waiting for you before you arrive, lit, heated and cosy, perhaps even with the fire on, some background music and a cappuccino waiting for you, depending upon your preferences.

In Marbella we already have integrated relaxation and entertainment facilities in open-plan living spaces, bedroom suites open onto outdoor living areas such as terraces, with the distinction between rooms, their functions and amenities diminishing all the time. Outdoor seating areas with fire pits or fireplaces and kitchen facilities enable al fresco lounging and dining, while flat screens appear in bedrooms and bathrooms, the wine cellar has come into the kitchen and the entertainment area is increasingly an integrated home cinema, bar and games room. Garages too, are becoming more than just storage places, and in time the entire home will feature moveable and adjustable sections that offer optimal flexibility within a single structure, complete with in-outdoor pools and intelligent walls that can project anything from art and movies to football matches, the stock markets and a marble, onyx or cascading water effect.

In terms of modern luxury, the 21st century has only just begun – contact us for information about the most advanced modern homes in Marbella.