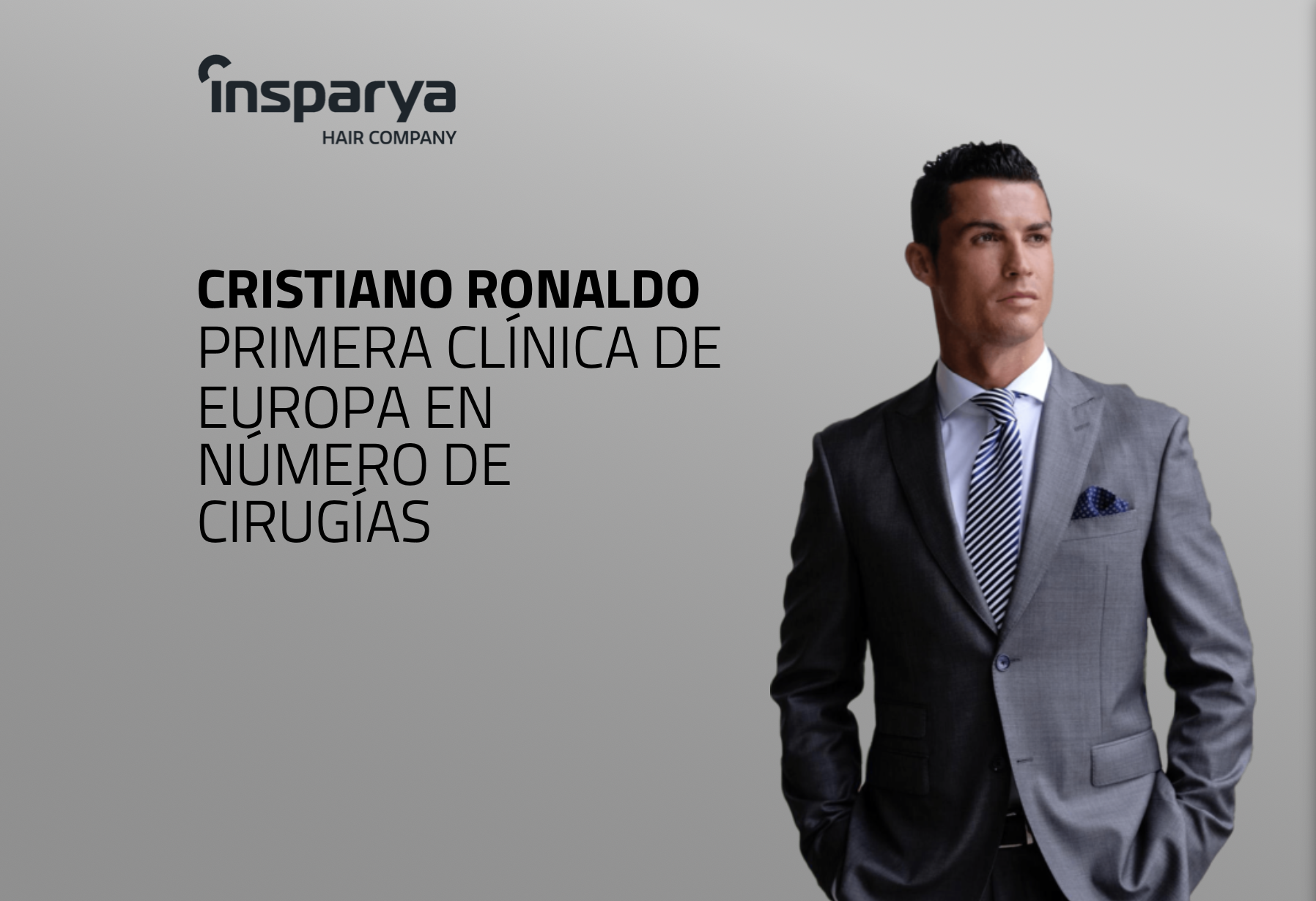 He kept the world guessing where he would be going after the summer, and now we know it is back to Manchester United, where this football superstar first matured – but did you know Cristiano Ronaldo also has a strong connection with Marbella?

The fantastic striker is known for his stylish appearance and especially haircuts, so maybe it makes sense that he is also involved with hair in a professional way. You see, while Lionel Messi may earn more than Ronaldo in football, the Portuguese forward’s income outside of the game is so much greater.

It comes from astute investments and partnerships in a wide range of businesses, including owning an international chain of top-end hair clinics with an ambitious expansion plan that has already opened ten establishments around the world. The first Clinic in Spain that forms part of his Insparya Hair Company was located in Madrid, where Ronaldo played for local giants Real Madrid, and now a Cristiano Ronaldo hair clinic has been launched in Marbella.

Frequented by an international High Net Worth clientele, it will offer the most advanced methods and personal service to reclaim hair loss and return a full head of hair to complete health. Apart from state-of-the-art equipment and facilities in the €20,000/month Marbella venue, the Insparya Clinic on the Golden Mile will employ around 100 staff and provide unequalled solutions to Marbella’s HNW residents, visitors and homeowners. The global CR7 brand of Cristiano Ronaldo has just come to Marbella!

The hair clinic at the entrance to the Golden Mile in Puerto Banús will become a reference point in the field, and perhaps even inspire this legend of football to buy a property for himself in Marbella – as many of his peers and colleagues already have!

The global CR7 brand has come to Marbella, adding even more stature to a jet set destination already famous for its link to luxury marques and internationally known personalities – now including Cristiano Ronaldo himself!