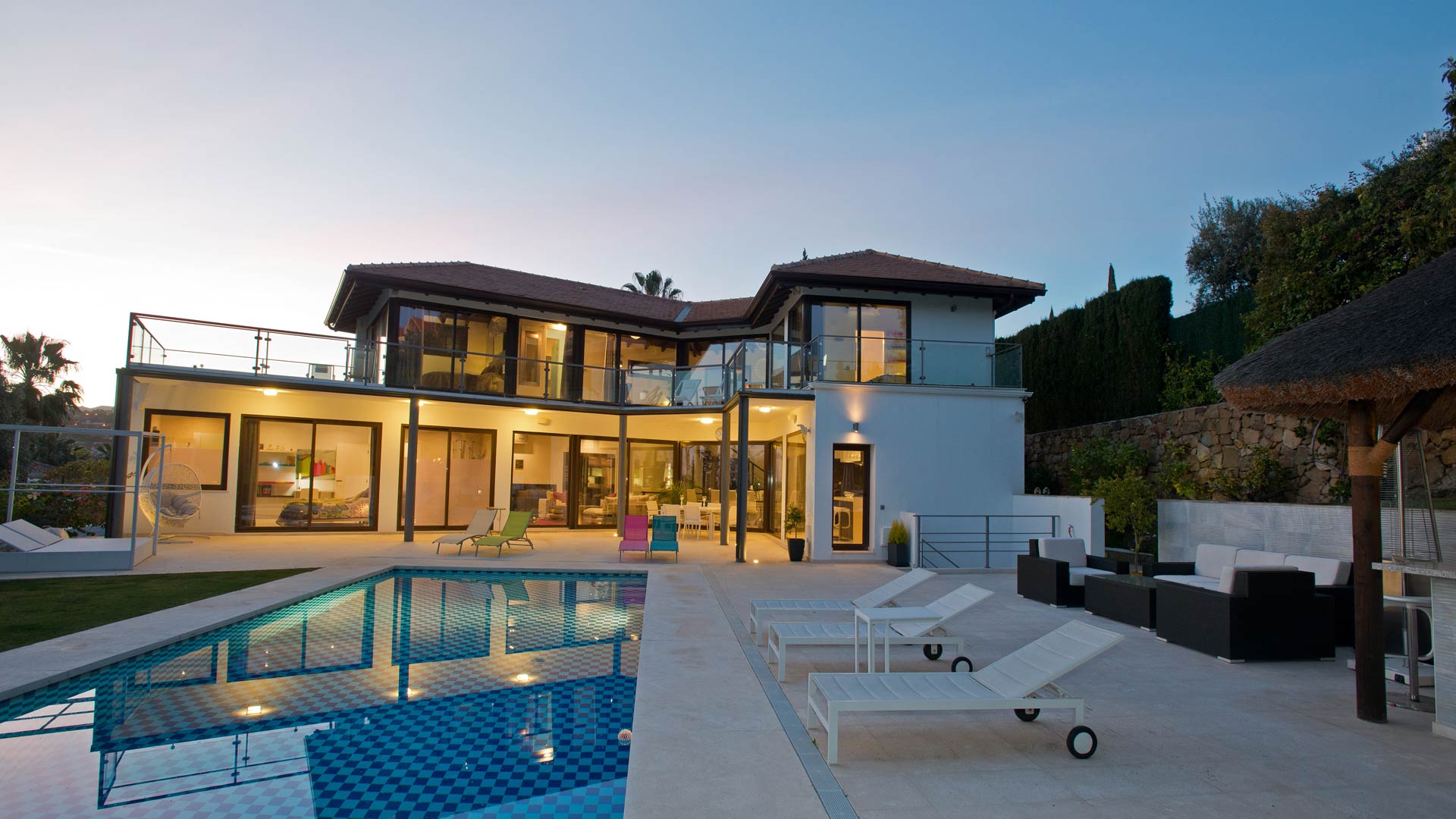 The urbanization La Zagaleta in Marbella is the refuge of international businessmen and politicians. A villa can reach 30 million Euros! … It is rumored that Vladimir Putin has a property there, but Julio Iglesias is not admitted

The most expensive house currently for sale at Zagaleta is priced at 33 million Euros. When discussing “La Zagaleta”, the words “luxury”, “exclusive”, “expensive” and “residential” are hopelessly inadequate. Located in Benahavis, north of Marbella, this paradise has become the refuge of great fortunes, guaranteeing what they hold, above all, as indispensable elements to the powerful of this world “perfect anonymity and absolute discretion”

Bankers, businessmen, executives, mainly British and German but also Swiss, Scandinavian, Arab and Spanish, regularly come to relax in one of the 240 residences spread over 846 hectares of the estate, located along a hill overlooking the sea and Gibraltar. Note that the most expensive properties are around 30 million Euros, with an average price of 8 million Euros.

The conditions of access to this paradise for billionaires are very strict: in fact, the company requires that the applicant has a wealth of ten times the value of the acquired property.

The owners of La Zagaleta seek above all to protect their privacy and refuse access to anyone too hyped, likely to attract media attention an indication: a Hollywood celebrity, albeit very wealthy, will have access denied!

The entry of any car equipped with Google Maps is strictly prohibited, as is the use of cameras and television cameras. The representative for “La Zagaleta” urbanizaion confirms that the place is perfectly safe from both intrusion by land and air.

The urbanization and the secrecy that surrounds it causes rumours one of them is that the singer Julio Iglesias was denied access, but this was denied by the famous crooner! Finally, most recently, the media has also speculated about the presence in the Zagaleta of Russian President Vladimir Putin who is said to have acquired land to build a villa of EUR 18.5 million.” Another legend! The representative of Zagaleta denies both!

What is certain however, is the presence of very large Russian officials, in fact, one of the owners is none other than the former mayor of Moscow, Yuri Luzhkov. He married one of the richest women in Russia, he comes to relax at La Zagaleta three times a year. Among its neighbors is a former president of the Nestlé Group, the President of Dragados, Santiago Foncillas or Lord Stanley Fink treasurer of the Conservative Party.

Outstanding villa located only 1 minute from the north gate of La Zagaleta. Astonishing views of the Mediterranean, golf and mountains. The developers have spared no expense...

A luxurious mansion located in La Zagaleta, one of the most exclusive and secure urbanizations in Europe. The property is located in an elevated position which offers privacy...

This immaculate luxury mansion sits in the exclusive gated residential community of La Zagaleta, conveniently located near the northern entrance on an elevated plot. You access...