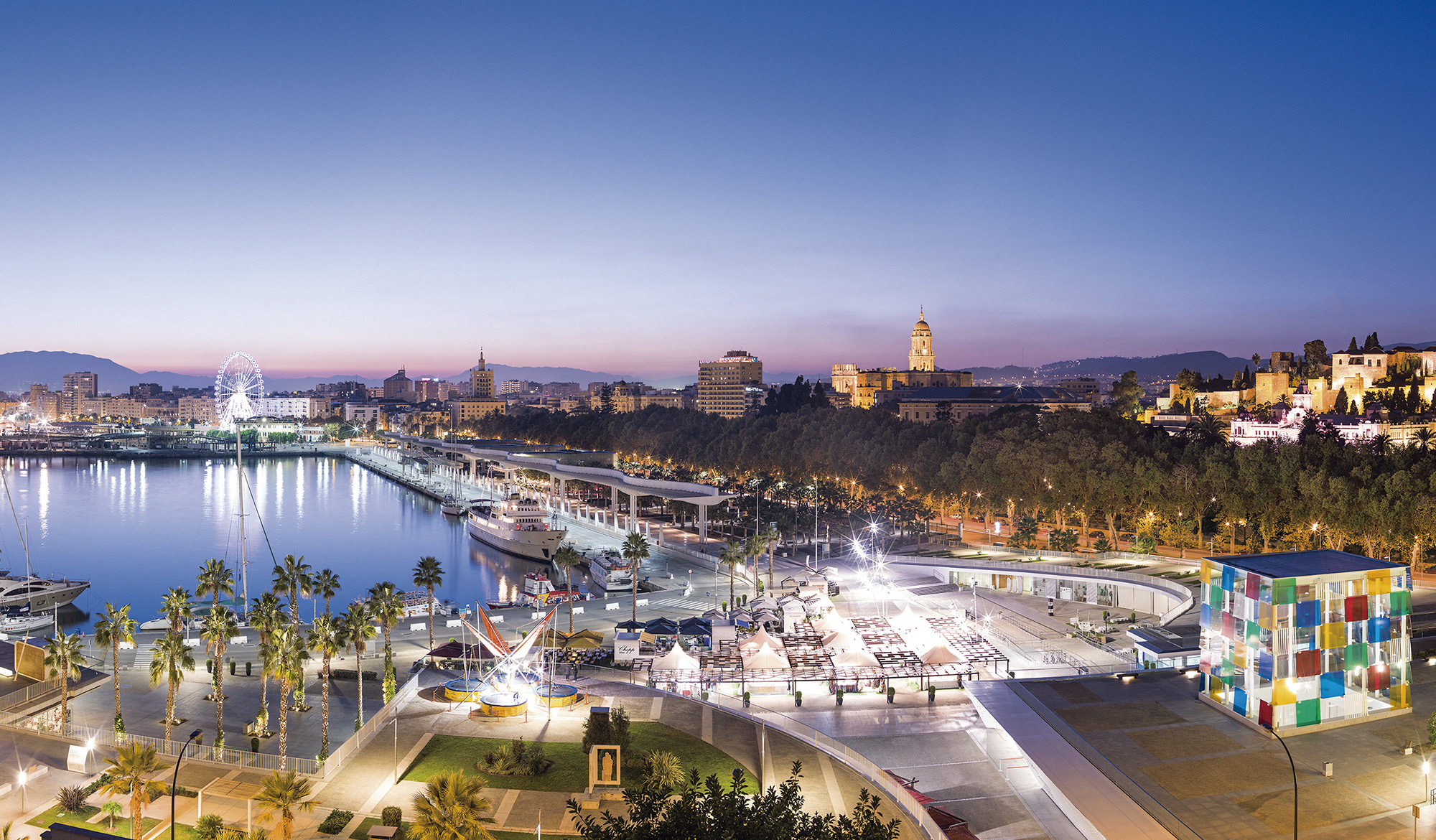 In an article published in the famed British newspaper, the Financial Times, Málaga was distinguished as a ‘first class’ tourist destination, placing it among the international elite of global travel spots. Particularly appreciated and highlighted was the transformation the historic city has undergone in the past 15 years, as it evolved from a somewhat forgotten Mediterranean port city to a true cultural gem full of parks, historic buildings, architecture, medieval fortresses, Roman ruins and also beaches, excellent cuisine, shopping and museums of international standing.

The article describes the golden southern light illuminating the city’s streets, the warm climate and balmy atmosphere, as well as the fact that, from the tapas bars and eateries in the historic centre to the beachfront seafood restaurants and rooftop gastro cafés, the choice of atmospheric spots for eating and socialising is among the best – and liveliest – in Europe. What’s more, Málaga is not overpriced, like many European and international cities on the A-list, and combines a fantastic cultural offer with great value and authentic charm.

A new gem on the international map
No longer a place you bypassed on the way to the beaches of the nearby Costa del Sol, Málaga is now a major international destination in its own right, with visitors arriving by plane and cruise ship. In fact, it is now one of the main attractions on the Mediterranean cruise itinerary, bringing well-heeled travellers from across the world to its shores. Many also find their way on day trips to Marbella and other towns of the Costa del Sol, for whose residents the provincial capital is now also a major attraction little more than half an hour away.

Dubbed by Lonely Planet as ‘The new Barcelona’ some years ago, Málaga has retained and built on its charm to become one of the most appealing cities in Spain. Already famous for museums such as the Picasso, the CAC, Russian Art Museum, the Pop-up Pompidou and the marvellous car museum, Málaga blends modern and old to offer historic charm with modern facilities such as the open-air portside Muelle Uno retail and leisure centre. At the city’s heart is the stylish Calle Larios, a pedestrian shopping street that leads to the Plaza de la Merced, where Pablo Picasso was born.

Málaga’s Cervantes theatre provides a classic venue to watch performances by local and international stars, while a generation of young chefs entices you with their culinary skills. Monuments such as the Gibralfaro citadel and Roman amphitheatre right in the city’s centre reflect the fact that it is one of the oldest and most fascinating cities in Europe – founded by the Phoenicians and settled by Romans, Visigoths, Moors and others in a long and varied history. Today, Málaga is the culmination of all the above, and all the richer for it.

Superb 3 bedroom apartment, luxuriously renovated, located on the 2nd line of the Puerto Banùs marina in a private residence, 5 minutes walk from the beach, luxury shops,...

Realization in progress of 5 luxurious contemporary villas located in 1st line of golf on the New Golden Mile of Estepona. Private swimming pool, garden and garage. Close to...

Luxurious ultra contemporary 5 bedroom villa under construction in the private and secure residential estate of La Quinta Golf. Only a few minutes drive from Puerto Banùs, the...

Luxury and conviviality for this beautiful contemporary 5 bedroom villa, recently completely renovated, located in Nueva Andalucia in the highly prized residential complex of...

This fabulous modern villa is situated in Marbesa Beach, one of the most sought after areas of Elviria due to its tranquility, privacy and easy access to the beach and at the...

Splendid Andalucian hacienda of 5 bedrooms and 4 bathrooms recently completely renovated, located in an oasis of calm and tranquility in the hills of Cancelada / Estepona, just...

PRICE REDUCED FROM 3.300.000€ Modern frontline golf villa located in the sought after area of Nueva Andalucia, offering impressive views to the Los Naranjos golf course and...

Fabulous new ultra contemporary villa with 7 bedrooms and 6 bathrooms, located on the 1st line of the prestigious Los Naranjos Golf, in the heart of the Golf Valley of Nueva...