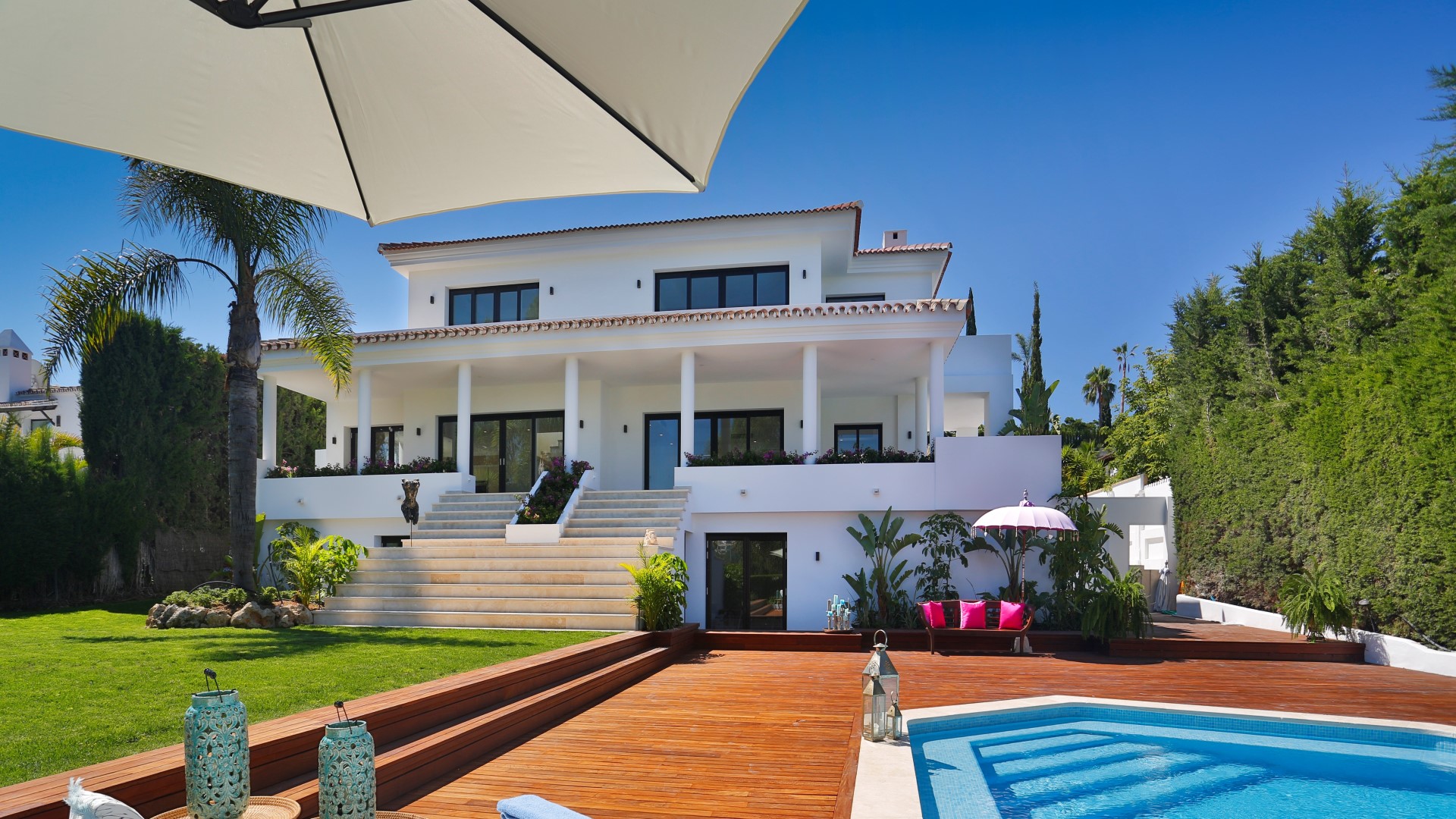 For many years, Nueva Andalucía has been the preferred destination for many visitors to the Costa del Sol, and particularly for those investing in permanent residences or holiday homes. As Marbella’s largest suburb, just west of the city centre and inland of Puerto Banús, Nueva Andalucía is home to a large number of permanent residents but also welcomes a significant number of holiday makers during the peak summer season.

Nueva Andalucía properties are as diverse as the location, ranging from smaller ‘bolthole´ holiday apartments to grand mansions. Thanks to this and the variety of amenities on offer, there really is something to suit everyone. Originally, and as the name suggests, construction in Nueva Andalucía was fairly traditional by design. More recently, however, there has been an increase in more modern architecture, with a number of state of the art luxury developments and villas being released onto the market.

Although residents and holiday home investors may have different priorities when researching a location, there are important factors for both groups to consider. As Nueva Andalucía covers such a large area, there a several commercial centres offering supermarkets, boutiques, delicatessen, beauty salons and other specialist shops. Centro Plaza is one of the best known as it is also the site of the very popular Saturday morning market and some of Nueva Andalucía’s best restaurants, together with Avenida del Prado in Aloha – another hotspot for restaurants, bars and cafés.
From parts of Nueva Andalucía it’s possible to walk to Puerto Banús which is, of course, the centre for the best designer shops and liveliest nightlife!

The sports facilities available in Nueva Andalucía also rate among the best on the Costa del Sol. The ‘Golf Valley’ runs through the heart of the district, attracting golfers from all over the world to practice their art on the Los Naranjos, Aloha, Las Brisas, Dama de Noche, La Quinta and Magna Marbella golf courses. There is also the Multisports Club with a variety of outdoor pursuits for adults and children (including padel, tennis, football, woodland play and assault course), various membership gyms, yoga and fitness centres, and spas.

Education is an important consideration for families living in Marbella and as well as the Spanish public schools located in and around Nueva Andalucía, there are private international colleges for children aged three to 18. Aloha College and the Svenska Skolan (Swedish School) are two of the most popular.

Nueva Andalucía really does cover all the bases for those seeking a permanent or holiday home. Its convenient location close to the main A7 transport links and accessibility from both Málaga and Gibraltar airports ensure that Nueva Andalucía apartments and villas are among the best on the Costa del Sol.

For more information on apartments and villas in Nueva Andalucía, as well as the new developments being released on to the market, contact our experts.

A beautiful modern luxury villa set on a 3200 m2 flat plot with fabulous views of the Concha mountain. This is one of the finest contemporary homes built with five spacious en...