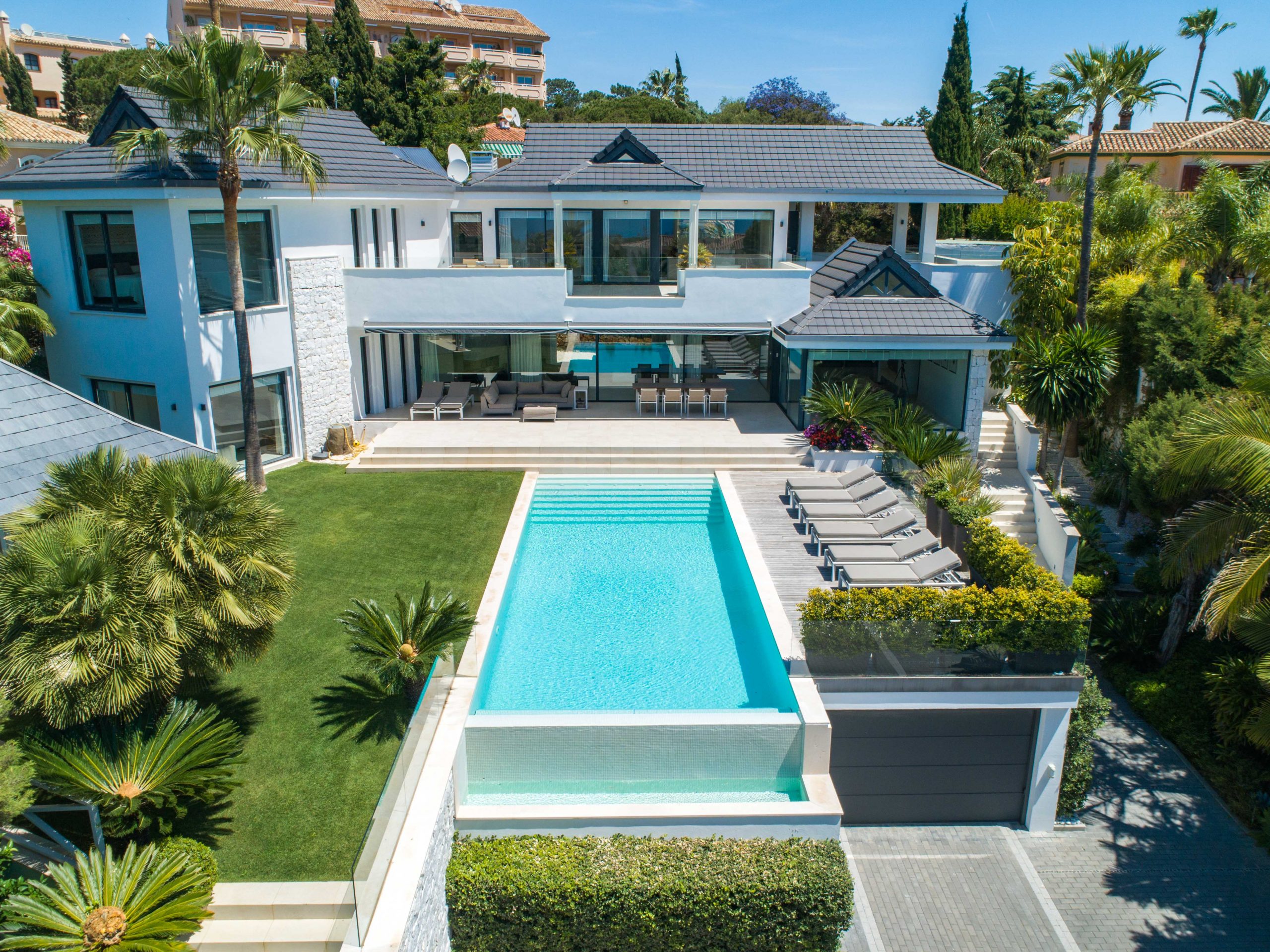 Thanks to its setting and micro-climate, Marbesa was, in fact, one of the first coastal sections of Marbella to be ‘discovered’ and developed. This happened at a time when there was still a lot of open shoreline, so where later frontline beach areas in Marbella became increasingly the focus of apartments and hotels, property development in Marbesa is unusually characterised by private villas situated within a short stroll of some of the area’s best sandy beaches.

As a result, Marbesa is one of Marbella’s very few remaining beachside suburbs without any apartments or hotels, and as such it is an oasis of peace, space and views that is made up entirely of villas set upon generously proportioned plots. Construction and development in other parts of Marbella long shifted the focus to neighbouring areas of Marbella East, such as Elviria and Los Monteros, as well as Nueva Andalucía, Puerto Banús, Sierra Blanca and Guadalmina, further to the west, but now Marbesa has been rediscovered as a forgotten gem.

Beachside villa suburb
The fact that many of the villas in Marbesa are a little older and in some cases dated, provides fantastic potential for renovation and rebuilding, for in such cases the true value lies in the location of the plot at or near the beach in an increasingly upcoming residential area. For those keen to refurbish their own villa in Marbesa, either as an investment project or for their own use, we have an exciting range of options available, but if you’re looking for a modern stylish home in a truly privileged spot near a peaceful beach the following properties are an indication of the villas for sale in Marbesa through Marbella Hills Homes.

This impressive six-bedroom villa in Marbesa has it all, including modern style and comforts, space, amenities and a prime location. Just as imposing and even more modern in its architectural look is this four-bedroom villa that represents 21st century style in Marbesa, or this off-plan project for a stunning beach villa in Marbesa with open sea views.

For pure style and refinement in a beautiful setting, look at this architectural home, or a renovated Marbesa villa full of charm. Marbella Hills Homes has more Marbesa property for sale, so contact us for more detailed information about one of Marbella’s most exciting beachside areas.

Fantastic new build 4 bedroom villa ideally located in the ultra residential area of ​​Marbesa / East Marbella 5 minutes walk from one of the most beautiful beaches of Marbella...